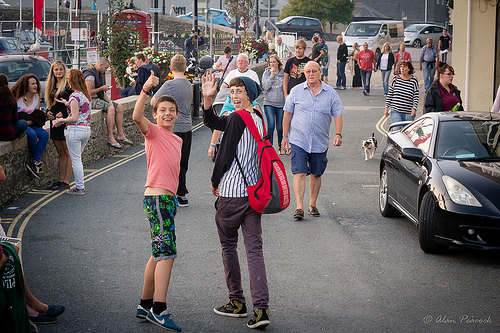 Orissa plays host to wide range of festivals from purely religious to dance and music celebrating local history and culture. These Orissa festivals should be attended to experience amazing culture and local dance and music talent.

Konark Festival – Konark Dance festival takes place just outside the UNESCO World Heritage Site called the Sun Temple. The Konark Dance festival is organized by Orissa tourism to promote Konark as a tourist destination. It features classical dancers from all parts of India who together presents a spectacle like nothing else. The dance festival shows rich dance traditional and forms in India. The five day festival takes place from December 1 to 5 every year in Konark. You can reach Konark by train or it would be better to first reach Bhubneswar and then hire a taxi to reach Konark.

Dhauli-Kalinga Mahotsav – It is a martial art dance festival that marks one of the major event in Indian History. The festival celebrates victory of peace over war. Ashoka the Great, one of the greatest Indian ruler laid down the weapons during the last battle of Kalinga War and embraced Buddhism. What followed was the promotion of Buddhism by Ashoka the Great across India with some popular monuments and sculptures. Last year Dhauli and Kalinga festival were combined to make the event more attractive to the tourists. It features local folk dance of Orissa along with other classical dance forms in India and martial dance performances by Indian and foreign artists. This is the best festival to witness Indian martial art.

Rath Yatra – The annual rath yatra at Puri is the biggest religious event that takes place in Orrisa. More than 2 million people travel Puri to take part in the annual rath yatra. During this week long festival, idols of Lord Krishna, Balram and Subhadra are taken to a temple nearby or three huge chariots that are very beautifully decorated. The rath yatra marks a special event in Hindu mythology. According to Hindu mythology, Kansa invited Lord Krishna for a wrestling match in Mathura with intention to kill him. Kansa was the uncle of Lord Krishna. According to a prohpecy, the eighth child of Kansa sister was going to kill him. In order to save himself, Kansa killed every single child of his sister but the eighth one was saved and taken to another place nearby. After several failed attempts to kill Lord Krishna, Kansa invited him for a wrestling match that not only Lord Krishna won but also killed Kansa.