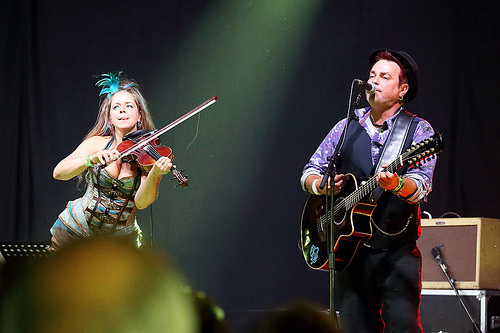 Spain is renowned for being a country that likes to party; any national holiday is a reason for celebration in Spain, for a lot of good music, dancing, traditional food, lots of colors, good mood and lots of fun. Planning your holiday during one of the Spanish National Holidays might turn out to be a great idea because that can be the memorable holiday you always dreamt of.

The 1st of January is a reason for celebration all over the world, but Spain does it differently. Each Plaza Mayor in each Spanish little town or big city prepares for a festival, for the wonderful music, the extraordinary fireworks and the fun. A Spanish tradition says that you have to eat 12 grapes, each grape representing one month. It is said that this brings luck, so why not try it?

The 6th of January is the traditional Christmas Day for the Spanish children. Every child puts his or her socks outside, hoping that the Kings will bring presents, not the black coals. This is, of course, a fiesta reason for Spaniards; three men dress up as the three Kings and they go all around the city accompanied by a colorful procession.

This Week is extremely important for Spaniards, who are very religious people. Hooded penitents lead processions in every Spanish city and the atmosphere gets very emotional. Thousands of tourists take part in these processions that sometimes last till late in the night.

The Month of Ferias

April is renowned as being the Ferias’ Month. Andalusia is the main stage as Seville, its capital, is the city where the biggest ferias take part. Tourists can enjoy two weeks of traditional music and dancing, bullfights, traditional costumes, lots of flamenco shows, delicious dishes and welcoming people who just want to relax and have some fun.

San Isidro is held either in May or in June and its distinctive characteristic is that the festival is never celebrated in the same way in two cities; each city, each town celebrates it in its own way. However, the party atmosphere is a sure thing, so try not to miss it!

Each month comes with its own festival in Spain, so do not worry about not having the chance to participate in one! There is also the Christmas Day, the All Saints Day, the Constitution Day or Feria de Malaga, so enjoy!