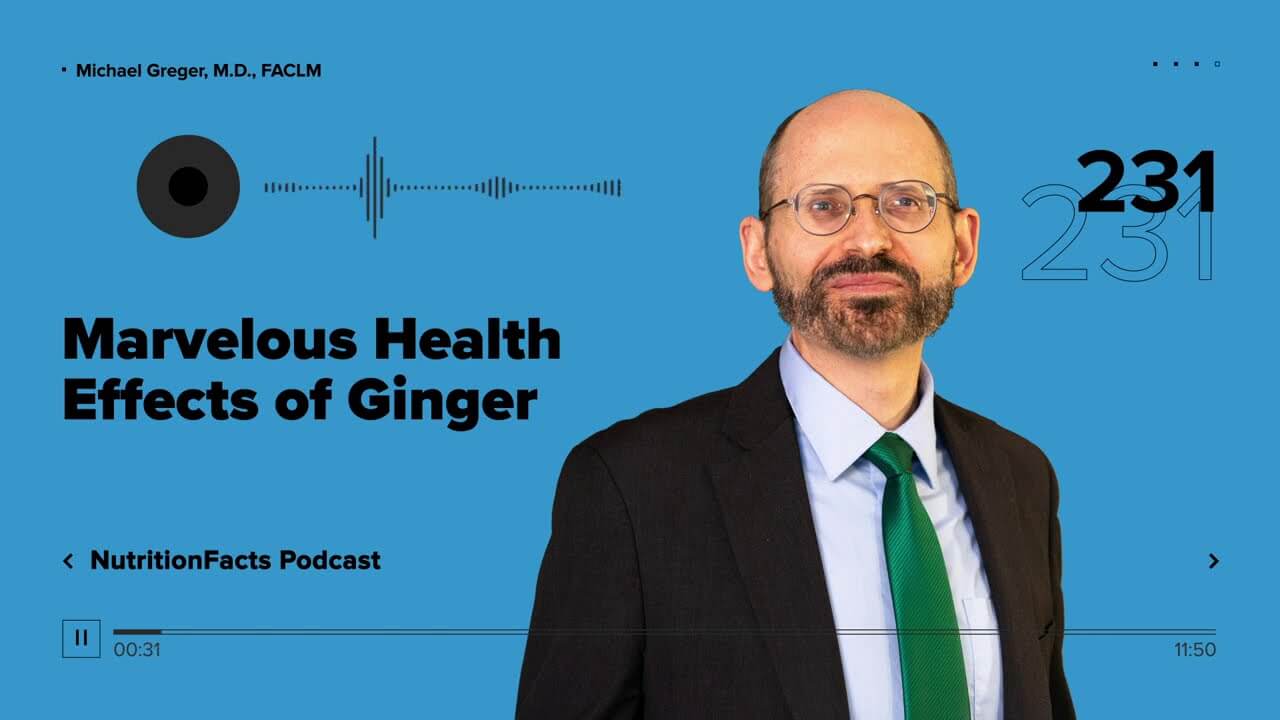 You may have heard the expression knowledge is power. Well, today we’re going to give you more power to control your diet and lifestyle by giving you the facts. Welcome to the Nutrition Facts Podcast. I’m your host, Dr. Michael Greger.

Today on the show – ginger! And no I’m not talking about certain hair colors. I am talking about that crazy-looking twisted root that brings a host of health benefits. In our first story, an eighth of a teaspoon of ground ginger power is tested head-to-head against the leading drug for the alleviation of painful periods. Here’s the story.

I previously described how ginger works as well as the leading drug in the treatment of migraines, described as one of the most common pain syndromes, affecting as much as 12% of the population.

Do you call that common? How about menstrual cramps that plague up to 90% of younger women? You can tell this was written by a guy because he emphasizes absenteeism and all the lost productivity for our nation, but it also just really hurts. So can ginger help?

A quarter teaspoon of ground ginger, ginger powder given three times a day during the first three days of menstruation, and pain dropped from like a 7, on a scale of 1 to 10, down to a 5, whereas in the placebo group there was no significant change. Most women in the placebo group said their symptoms stayed the same, whereas those unknowingly in the ginger group said they felt much better. A subsequent study found that even just an eighth of a teaspoon three times a day appeared to work just as well, dropping pain from an 8 to a 6, but then the second month down to a 3.

The alleviation of menstrual pain was more remarkable during the second month of the intervention and they had only taken the ginger for four days, not the whole month, suggesting that it might work even better if women use ginger every period. What about the duration of pain?

A quarter teaspoon of ground ginger three times a day not only dropped the severity of pain from about 7 down to 5, but decreased the duration, from a total of 19 hours in pain down to about 15 hours, indicating that three-quarters of a teaspoon of ginger powder a day for three days is a safe and effective way to produce pain relief in college students with painful menstrual cramps, compared to placebo capsules filled instead with powdered toast.

But women don’t take breadcrumbs for their cramps. How does ginger compare to ibuprofen? An eighth of a teaspoon four times a day of ginger for three days, or 400 milligrams of Motrin? And the ginger worked just as well as the drug of choice.

If you do take the drug though, I was surprised to learn that it may be better to take drugs like ibuprofen and naproxen on an empty stomach, as this may speed up the pain relief and help keep people from taking higher doses.

In our next story, we look at the power of ginger to help treat migraines. Many successful herbal treatments start like this. Some doctor learns that some plant has been used by some ancient medical tradition, like ginger for headaches and figures, hey, they’ve got patients with headaches and since it’s just some safe common spice advises one of their migraine patients to give it a try. At the first sign of a migraine coming on, the patient mixed a quarter teaspoon of powdered ginger in some water, drank it down, and poof, within a half-hour, the migraine went away.

And it worked every time, with no side effects. This is what’s called a case report, which is really just a glorified anecdote, but case reports have played an important role in the history of medicine. AIDS was first discovered as a series of case reports. Some young guy walks into a clinic in Los Angeles with a bad case of thrush and the rest is history.

Or reports of an unusual side-effect of a failed chest pain drug leading to the billion-dollar blockbuster, Viagra.

Case reports may be the ‘lowest’ or ‘weakest’ form of evidence, but they are often the ‘first line of evidence.’ That’s where everything begins. So a report like this isn’t helpful in and of itself, but it can inspire researchers to put it to the test. The problem is, who’s going to fund it? The market for migraine drugs is worth billions of dollars.

A quarter teaspoon of powdered ginger costs about a penny. So who’d fund a study pitting ginger versus the leading migraine drug? No one…

…until now. A double-blinded randomized controlled clinical trial comparing the efficacy of ginger to sumatriptan, also known as Imitrex, one of the top-selling billion-dollar drugs in the world, in the treatment of migraine headaches.

They tried using just one-eighth of a teaspoon of powdered ginger versus a good dose of the drug. And they both worked just as well, just as fast. Most started out in moderate or severe pain before, but after the drug or ginger, ended up mild or pain-free. 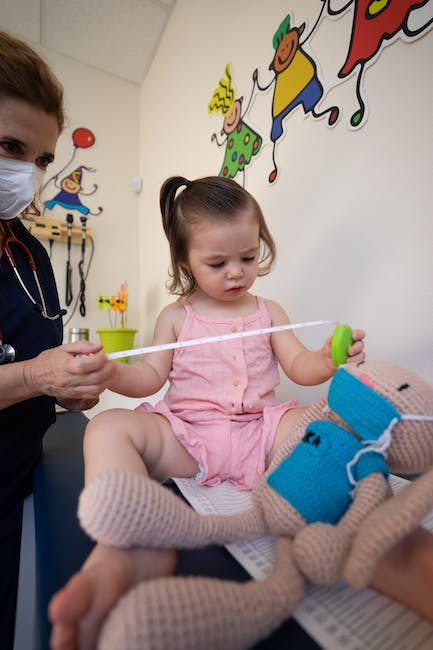 The same proportion of migraine sufferers reported satisfaction with the results either way and so as far as I’m concerned ginger won, not only because it’s a few billion dollars cheaper but because there were significantly fewer side-effects in the ginger group. On the drug, people reported dizziness, a sedative effect, vertigo, and heartburn.

The only thing reported for ginger was an upset tummy in about 1 in of 25 people, though taking a whole tablespoon of ginger powder at one time on an empty stomach could irritate anyone’s tummy, just as a note of caution.

Sticking to an eighth of a teaspoon is not only up to 3000 times cheaper than the drug, but you’re probably less likely to end up as a case report yourself of people that have had a heart attack or died after taking the drug. Finally today, ground ginger and ginger tea are put to the test for blood sugar control. In a case report of the successful management of type 2 diabetes with a lifestyle intervention, a 45-year-old fellow took responsibility for health into his own hands and sought to defeat his disease and get off the drugs by eating foods purported to be anti-diabetic. But how strong is the evidence for, let’s say, ginger?

Diabetes is reaching pandemic levels and requires safe, affordable, and effective therapies, so what about the potential of ginger in the prevention and treatment? Well, in a petri dish, increasing exposure to ginger compounds improves blood sugar uptake of muscle cells almost as much as the popular diabetes drug metformin. And in rats, ginger might work even better than metformin.

But weight and blood sugar reduction observed in rodent models does not necessarily translate to humans. In this study, a combination of nutraceuticals caused mice to lose 30% of their body weight in one month but in people?

No benefit compared to placebo. You don’t know if something works in humans until you put it to the test. If you feed people refined flour white bread with a cup of water, this is what happens to their blood sugars over the next two hours. But drink some unsweetened green tea with that white bread instead, and there’s less of a blood sugar spike. Same with cinnamon tea, and same with ginger tea, made by mixing a tablespoon of grated fresh ginger in a cup of hot water.

OK, but these were healthy, normal subjects. What about the effects of ginger on diabetics? This was the first study of its kind: diabetics randomized to take a teaspoon of ground ginger a day for two months hidden in pill form, so they could compare it with identical-looking sugar pill placebos, and ginger supplementation decreased the levels of insulin, which is a good thing, and lowered triglycerides and LDL cholesterol, but without a significant effect on blood sugars. Now, look, heart disease is the leading killer of diabetics, so a 13% drop in LDL bad cholesterol would be reason enough to shell out the nickel a day it would cost to add that much ginger to your diet, but it would have been nice to see an improvement in blood sugar control. There was a drop in insulin levels, which suggests improved insulin sensitivity.

And indeed there was a significant drop in insulin resistance, so maybe they just didn’t give ginger long enough time to work? Well, that was two months. How about three months? Even less ginger, just 1.6 grams, less than a teaspoon a day, but for 12 weeks and.

Maybe ginger can reduce blood sugars after all, and decrease inflammation, cutting C-reactive protein levels in half. What about going back to just 8 weeks, but this time using a higher dose, three grams a day or about one and a half teaspoons? And a significant decrease in fasting blood sugars and long-term blood sugar control in the ginger group, thereby showing the effect of ginger in controlling diabetes.

The placebo group continued to get worse; the ginger group got better. Similarly, amazing randomized, double-blind, placebo-controlled results for a teaspoon a day for 12 weeks, and for a teaspoon and a half. All better in the ginger group; all worse in the non-ginger group. All significantly different, just because of a little cheap, safe, simple, side-effect-free spice. Put all the studies together, and they clearly demonstrate that ginger can lower blood sugar levels and improve long-term blood sugar control, and at a totally manageable dose.

I mean you could just dump a teaspoon of ginger powder in a cup of hot water and just drink it down. So overall “adding a little spice to our life” may serve as a delicious and sensible way to maintain a healthy body.

We would love it if you could share with us your stories about reinventing your health through evidence-based nutrition. Go to nutritionfacts.org/testimonials.

We may share it on our social media to help inspire others. To see any graphs, charts, graphics, images or studies mentioned here, please go to the Nutrition Facts podcast landing page. There you’ll find all the detailed information you need – plus links to all of the sources we cite for each of these topics. For a vital, timely text on the pathogens that cause pandemics – you can order the e-book, audiobook, or the hard copy of my book “How to Survive a Pandemic.” For recipes, check out my “How Not to Diet Cookbook”.

It’s beautifully designed, with more than 100 recipes for delicious and nutritious meals. And all proceeds I receive from all my books go to charity. NutritionFacts.org is a nonprofit, science-based public service, where you can sign up for free daily updates on the latest in nutrition research via bite-sized videos and articles. Everything on the website is free.

There are no ads, no corporate sponsorship.

It’s strictly non-commercial. I’m not selling anything. I just put it up as a public service, as a labor of love – as a tribute to my grandmother – whose own life was saved with evidence-based nutrition.. 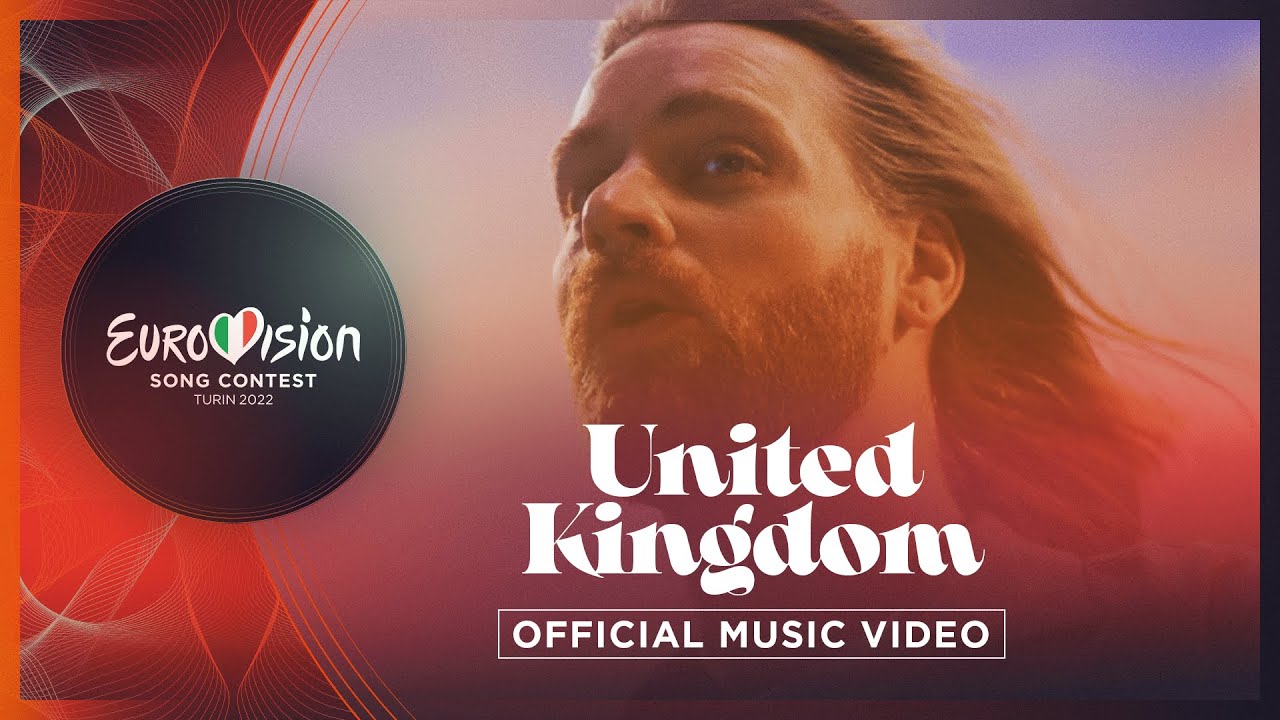 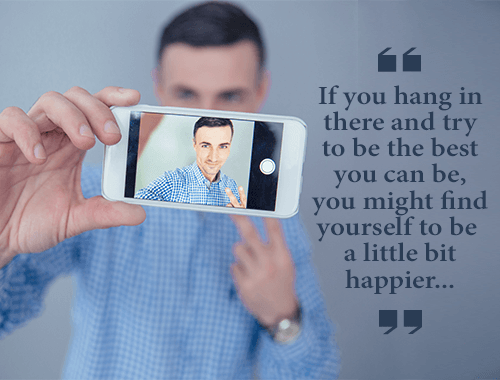 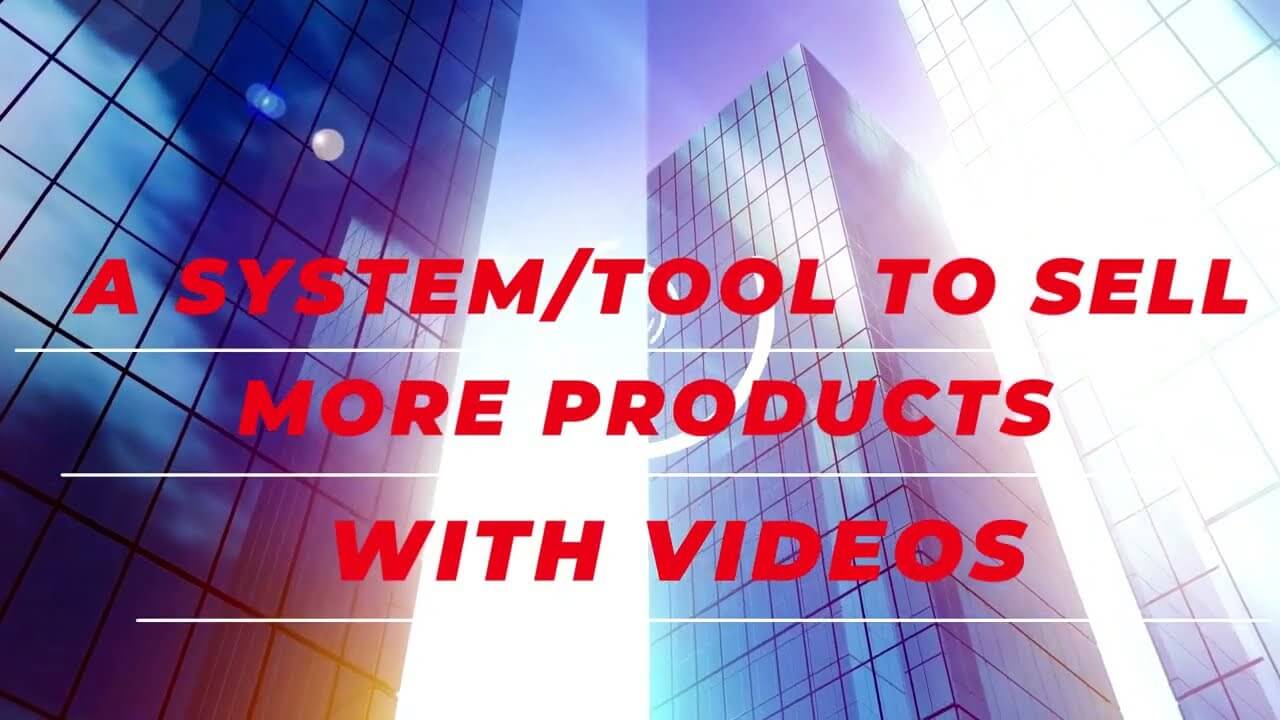 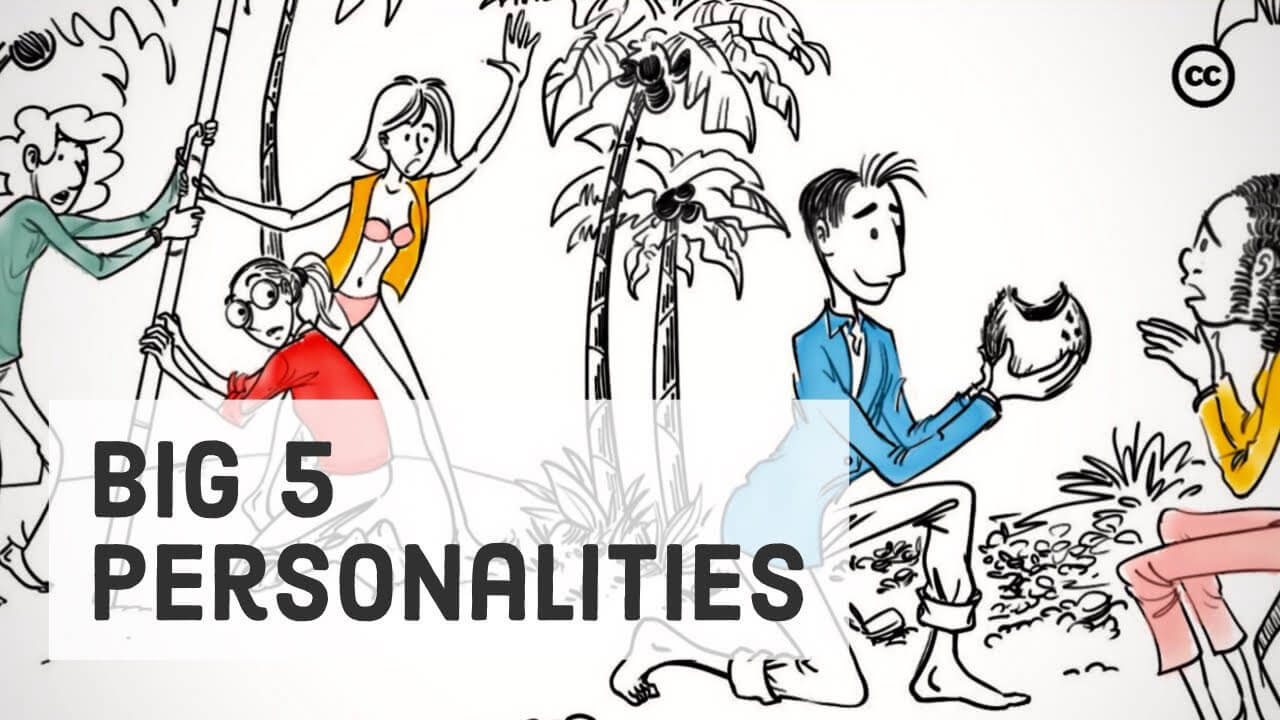 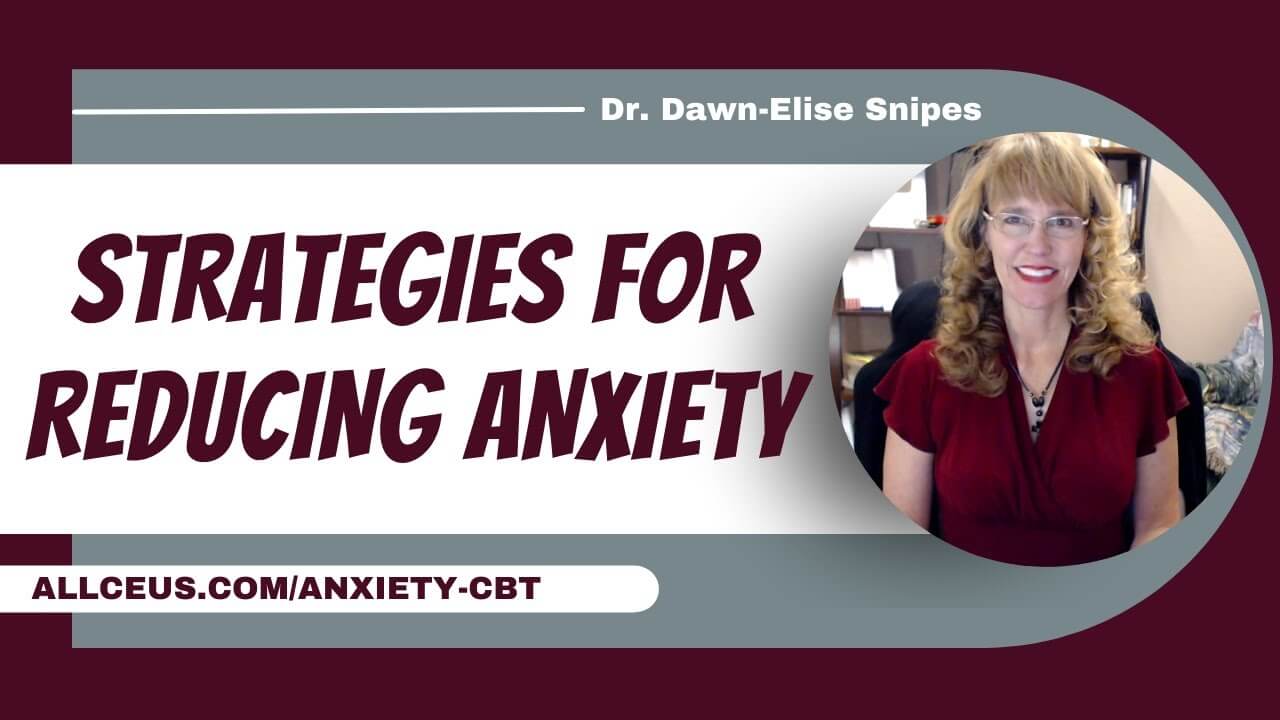 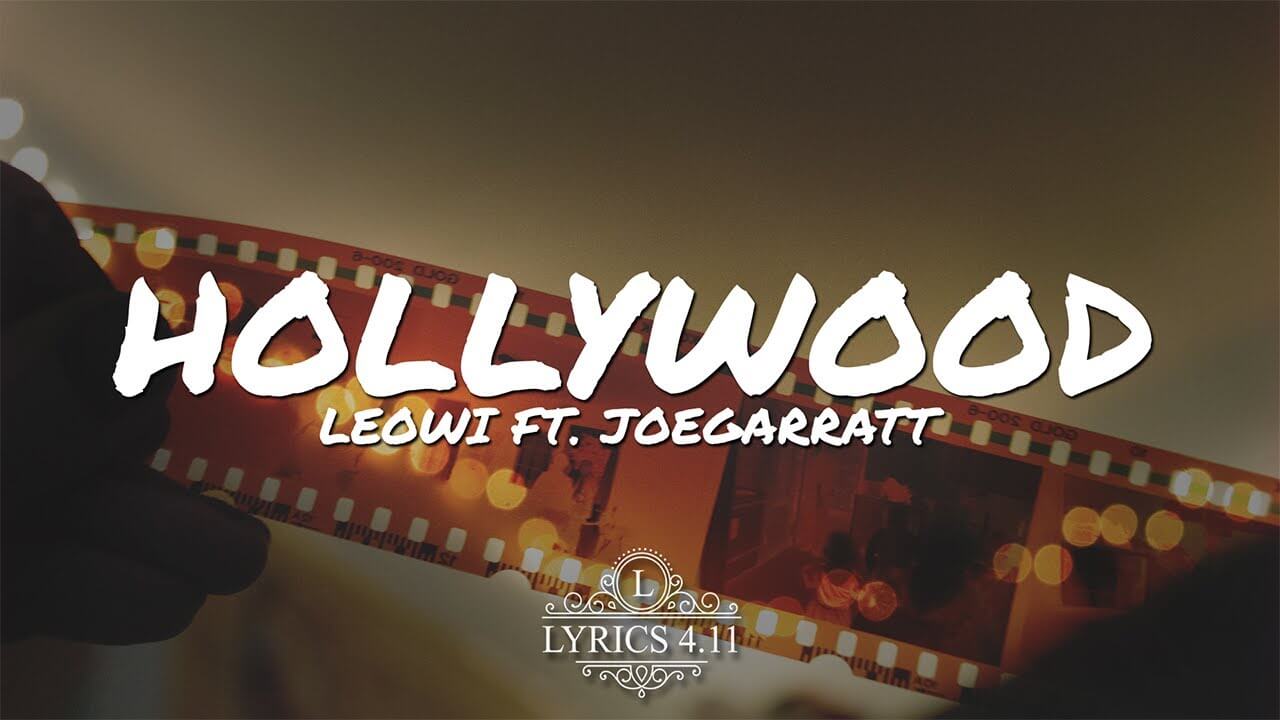