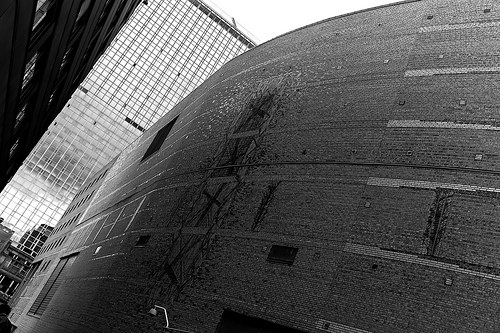 Motorhead are a British rock band formed in 1975 by bassist, singer and songwriter Ian Fraser Kilmister, known mostly by his stage name Lemmy, who has remained the sole constant member. The band pre-dated, but are sometimes regarded as part of, the New Wave of British Heavy Metal, which re-energised heavy metal in the late 1970s and early 1980s. Usually a power trio, Motörhead had particular success in the early 1980s with several successful singles in the UK Top 40 chart. The albums Overkill, Bomber, Ace of Spades, and particularly No Sleep ’til Hammersmith, cemented Motörhead’s reputation as one of Britain’s foremost rock bands. The band’s name is usually printed in a lowercase form of blackletter. The umlaut character ö is possibly derived from the similar “Heavy metal umlaut” in the name of their 1975 acquaintances Blue Öyster Cult. However, this umlaut does not alter the pronunciation of the band’s name. When asked if Germans pronounced the band “Motuuuurhead”, Lemmy answered “No, they don’t. I only put it in there to look mean”. Snaggletooth is the fanged face that serves as the symbol of Motörhead. Artist Joe Petagno drew it in 1977 for the cover of the band’s debut album (with designer Phil Smee who turned it into a negative and then designed the logo).

Motörhead are typically classified as heavy metal, and their fusion of punk rock into the genre helped to pioneer speed metal and thrash metal. Lemmy dislikes such labels, preferring to describe the band’s music simply as “rock n’ roll” and usually opening live shows with the line “We are Motörhead. We play rock and roll.”. Motörhead’s approach has remained the same over the band’s career, preferring to play what they enjoy and do best; their appreciation of early rock and roll is reflected in some of their occasional cover songs. Motörhead’s lyrics typically cover such topics as war, good versus evil, abuse of power, promiscuous sex, substance abuse, and “life on the road”. The band’s distinctive fanged-face logo, with its oversized boar’s horns, chains, and spikes, was created by artist Joe Petagno in 1977 for the cover of the Motörhead album and has appeared in many variations on covers of ensuing albums. The fanged face has been referred to variously as “War-Pig” and “Snaggletooth”. Though the band are typically classified as heavy metal or speed metal, Lemmy has stated that he never considered Motörhead a metal band. When asked if he has a problem with Motörhead being called a metal band, he replied: “I do, because I come from way before Metal. I’m playing Rock n’ Roll and I think Rock n’ Roll should be sacred – it is to me. I don’t see why it should not be for everybody else.”

In a biography of the band, senior editor for Allmusic, Stephen Erlewine, wrote: “Motörhead’s overwhelmingly loud and fast style of heavy metal was one of the most groundbreaking styles the genre had to offer in the late ’70s.” and though “Motörhead wasn’t punk rock … they were the first metal band to harness that energy and, in the process, they created speed metal and thrash metal.” Whether they created these genres might be subject to debate, but Motörhead were unquestionably influential. Lemmy has stated that he generally feels more kinship with punk rockers than with metal bands: Motörhead had gigs with fellow Brits The Damned, with whom he played bass on a handful of late 1970s gigs, as well as having penned the song “R.A.M.O.N.E.S.” as a tribute to the Ramones. Motörhead, Lemmy states, have more in common aesthetically with The Damned than Black Sabbath, and nothing whatsoever in common with Judas Priest. Lemmy says he feels little kinship with the speed metal bands Motörhead have inspired.

Motorhead is ranked number 26 on VH1’s 100 Greatest Artists of Hard Rock. Motorhead tour will be live from Fri, Nov 12, 2010 to Sun, Nov 28, 2010 at different Arena’s at United Kingdom. Motorhead Tickets are available on Sold Out Ticket Market at nominal rates.

Motorhead Tickets are available at Sold Out Ticket Market.