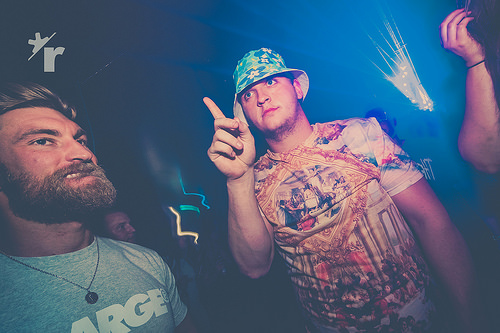 The Kills is mong the many acts billed for the Coachella Music Festival and the U.K. band’s performance in Indio, Calif. kicks off a 22-city tour that will span the U.S. and conclude May 21 in Pamona, Calif.

The bluesy punk duo is comprised of vocalist/guitarist VV, aka Alison Mosshart (formerly of Florida punk outfit Discount), and drummer/guitarist/vocalist Hotel, aka Jamie Hince. The pair came together after Discount disbanded in 2000 when VV and London-based musician Hotel first began swapping demos through the mail. Eventually VV jumped the pond and they began writing together while on the same side of the Atlantic.

The Kills released an eponymous demo in the spring of 2001 and received rave reviews from TapeOp Magazine and other critics. The pair then contributed “Restaurant Blouse” to 5 Rue Christine’s compilation If the Twenty-First Century Did Not Exist It Would Be Necessary to Invent It in 2002, just before their debut EP, Black Rooster, arrived via Dim Mak that summer. The Kills took a break from recording their debut LP to play gigs at the London and Glasgow LadyFests and support Le Tigre on tour in addition to touring the U.S. for eight weeks solo. Upon returning to London, VV and Hotel finished recording and their debut full-length, Keep On Your Mean Side, was released by Rough Trade in spring 2003. Two years later the Kills released their sophomore album, No Wow, and their third full-length, Midnight Bloom surfaced in 2008.

The Kills’ upcoming tour is in support of Midnight Bloom, while the duo will also be promoting songs from their upcoming Black Balloon EP, which is slated for an April 14 release date in the States (March 23 elsewhere). The Kills, who have toured with the Black Keys and the Raconteurs in recent months, are expected to make stops in Tucson, Boulder, Dallas, Austin, Atlanta, Philadelphia, Washington, D.C., Brooklyn, Boston, Montreal, Toronto, Chicago, Detroit, Minneapolis and more. The Kills will be in good company at Coachella, as the bill boasts fellow Brits Paul McCartney and Amy Winehouse as headliners. Coachella will be McCartney’s maiden American festival appearance, while Winehouse made an appearance back in 2007, when her star was first rising (and had yet to be overshadowed by her turbulent personal life.)

Other big names set to hit Coachella’s usual Empire Polo Field location in Indio, Calif. April 17-19 are the Killers, the Cure, Morrissey, Leonard Cohen, the Yeah Yeah Yeahs and My Bloody Valentine, who were set to play the festival last year but backed out as they were freshly reunited and didn’t feel ready for such a high-profile gig. Once again, the Coachella lineup features artists from the indie rock and dance/electronica camps. Indie rockers the Hold Steady, the Black Keys, Band of Horses and Fleet Foxes will perform along with electronic acts Girl Talk, Thievery Corporation, the Crystal Method and MSTRKRF. Among the Coachella newbies are Vivian Girls, Lykke Li, White Lies and Cage the Elephant. Check out http://www.stubhub.com/Coachella-music-festival-tickets for Coachella Music Festival tickets before they’re all gone!